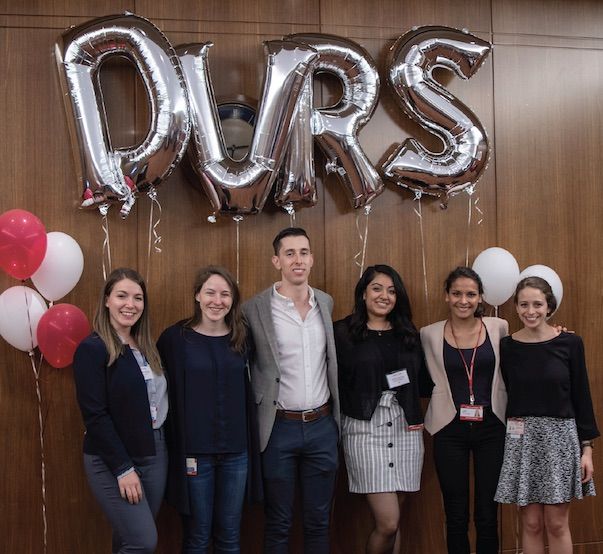 FIRST-YEAR STUDENT POSTER AND ABOVE AWARDS

Faith Fowler in the Tyler Lab has been awarded the NIH F31 NCI fellowship. Project title: "The Role of Chromatin in the Repair of Radiation-Induced Damage."

Vanessa Osman in the Hemmings Lab has been awarded the NIH F31 NIGMS Diversity fellowship. Project title: "The Effect of Isoflurane on Axonal Endoplasmic Reticulum Ca2+ Dynamics in Hippocampal Neurons."

Emily Mercer , “Elucidating the Role of HSPB7 in the Heart ” (Professor Todd Evans)

Mark Lundquist, a Pharmacology student, was awarded the only oral presentation prize at this year's Vincent du Vigneaud Symposium! The title of his talk was: "Mical-2 regulates nuclear actin dynamics". 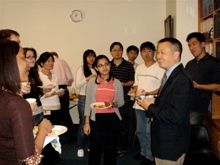 He is an active duty Colonel in the U.S. Army and the only board certified neurocritical care specialist in the Department of Defense. He served in Afghanistan and Baghdad, Iraq.

Col. Ling entered Weill Cornell Graduate School of Medical Sciences to pursue a doctorate in Pharmacology, which he received in 1982 for his studies of physical dependence and tolerance to methadone in the rat. After three years of postdoctoral training in neuropharmacology at the Memorial Sloan-Kettering Cancer Center, he entered Georgetown University School of Medicine, Washington, D.C., where he earned the M.D. degree in 1989. He completed both neurology internship and a neurology residency at Walter Reed Army Medical Center, Washington, D.C. He also completed a fellowship in the Neurosciences Critical Care Unit, Johns Hopkins University. 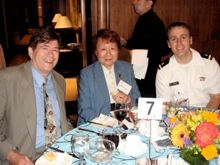 Col. Ling leads the neurotrauma laboratory at USUHS. The focus areas are basic and applied research in traumatic brain injury with studies on the role of cytokines and cell cycle regulators in central nervous system inflammation and cell death, as well as application of novel technologies and pharmacologic agents to diagnose and treat this disease. He has received numerous national awards and has published over 100 peer-reviewed journal articles, reviews and book chapters, including Cecil's Textbook of Medicine. 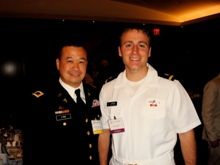 Col. Ling is also a program manager with the Defense Advances Research Projects Agency. His portfolio focuses on restoring those injured in battle and preventing future injury.

These programs include the development of advanced prosthetic limbs, pre-symptomatic disease detection, and determining causes of and potential mitigation strategies for traumatic brain injuries caused by explosion. 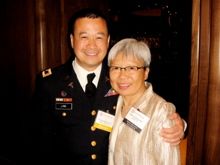 On June 1st, 2009, Dr. Ling gave a special seminar, which was followed by a reception, for Pharmacology graduate students and postdoctoral fellows. 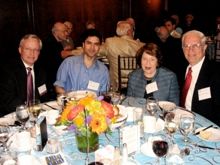 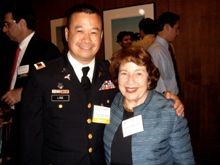 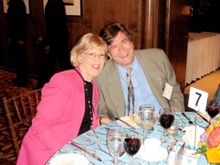 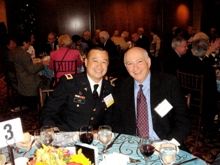 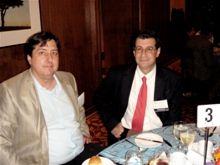